Home » How to Fix Broken Trim and Appliqués on Furniture 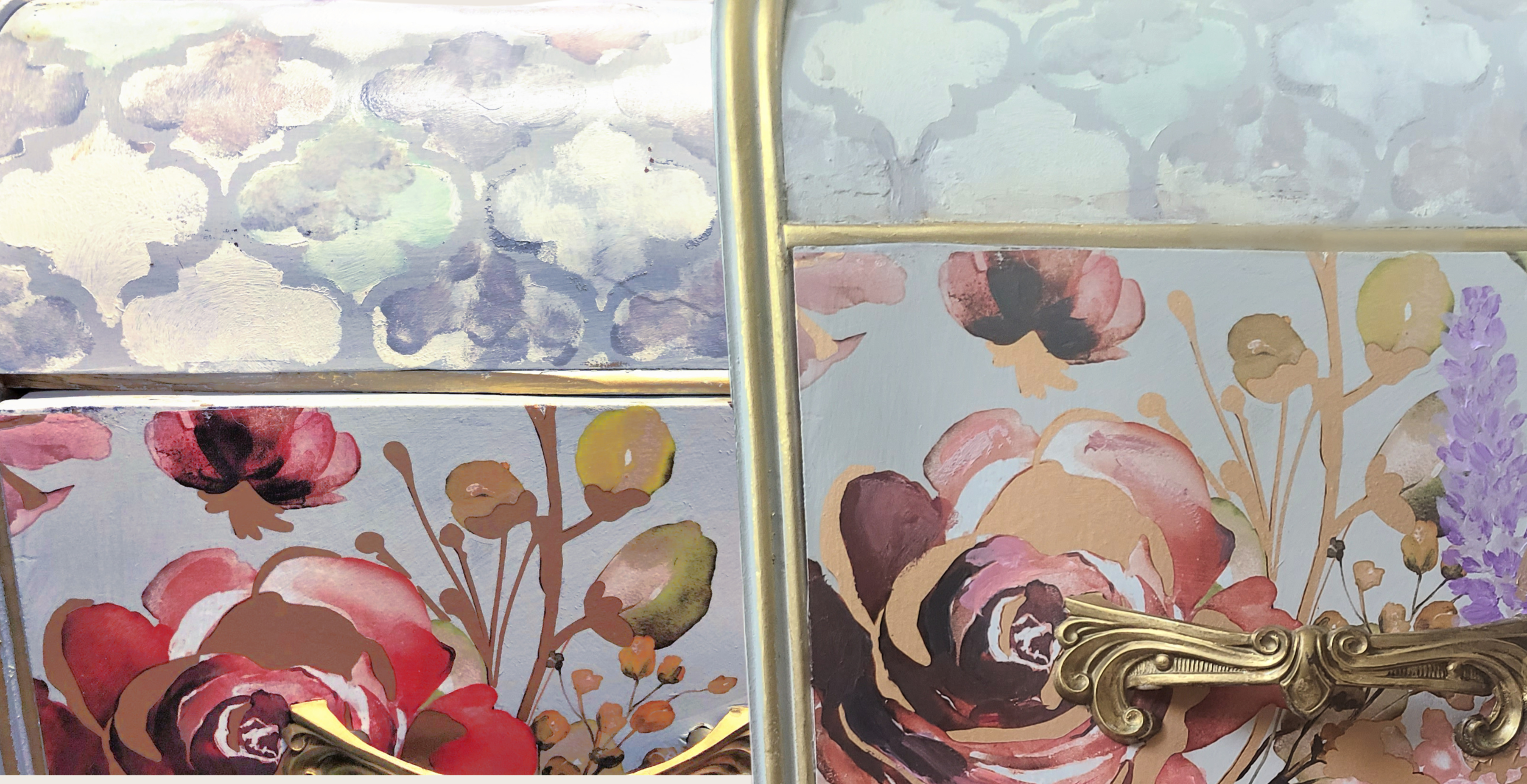 Having bought a lot of antiques and vintage furniture to refinish, I come across a lot of damaged pieces that require some creative fixing. One common problem is broken trim, parts of the feet, and appliqués from rough handling. It’s actually quite a simple fix and there’s no reason you need to pass on furniture that has cosmetic damage. It can be repaired so it looks like new.

All you need to fix these broken pieces is hot glue, wd40, and bondo. I prefer bondo over wood filler because of it’s durability and quick hardening time. Bondo is used for repairing the bodies of cars so you can imagine just how durable it is. You need a replica of the part that is broken in it’s whole state. So for appliqués you need whole ones to make a mould from. Without it, it will be a hard fix to get exact. I spray the wd40 on the area I am creating a mould so the hot glue doesn’t stick too much to make it difficult to remove. You can use any oil at home too.

I take my hot glue gun and make sure I cover the entire area with hot glue. More is better as you want to get the mould of the missing bit but also around that so you can tape it onto the area you are fixing much better. It’s much like what I explain in my blog on, how to replicate missing hardware. After the hot glue has cooled down and hardened, carefully peel it off the surface. Now you have you mould from which to cast the missing part.

I spray the mould with some wd40 so that the bondo won’t stick to it and I can peel it off easily. Now I mix my bondo in a small little paper cup with a popsicle stick. Use as much as you think you will need to cast in the missing area. Bondo will harden quickly so it’s best to work fast and have everything you need in place before you such as painter’s tape, materials to mix the bondo in, your mould, and wd40. Bondo comes in 2 parts kind of like resin but not liquid. You have a small tube of the hardening agent and the paste like product. You only need a tiny bit of the hardener agent, usually just a small drop. The measurements are on the instructions at the back of the can. Bondo has fumes so wear a mask and work in a ventilated area. For those with health issues to such smells, you can find wood putty that will work as well and is nontoxic. It will just take much longer to dry depending on how thick and wide the part you are recreating is.

I spread the bondo into the mould at the area that I am casting and then tape the hot glue mould in place so that it can harden and form the shape you want. It typically takes 30minutes to harden fully. After it has cast, take off your mould and reveal the part that was missing before now whole. I sand the surface a bit to smooth it and get it perfect in shape to the original. Now paint over and nobody will be able to spot the difference. If the replica has little spots missing because the bondo did not fill the mould entirely you can patch it up with some wood filler. So that’s it, all you need to know on how to fix broken bits and pieces on furniture.

This site uses Akismet to reduce spam. Learn how your comment data is processed.